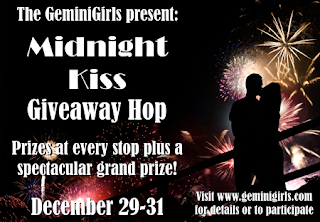 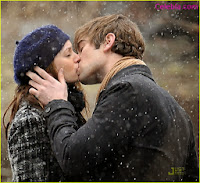 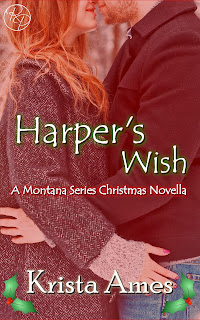 
Follow along with the hop below...
Posted by Krista Ames at 2:13 PM 2 comments:

Yay, it's official !!  It's finally released :)
There are buy links below, a button to add Harper's Wish
to your goodreads list and a tour schedule so you can follow along ! 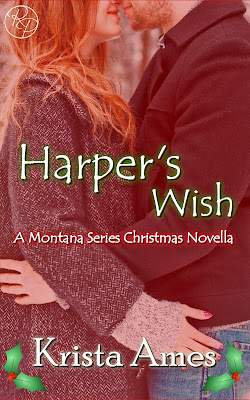 Christmas is supposed to be a joyous time of year, but for Harper Donaldson it’s just another day.  Orphaned at an early age, she doesn’t have a single good memory of Christmas.
But, when a Santa’s Mailbox mysteriously appears in the lobby of the post office where she works as postmistress, Harper wonders what it could hurt to send her own letter to Santa.
Could he bring her the family she’d always wanted? 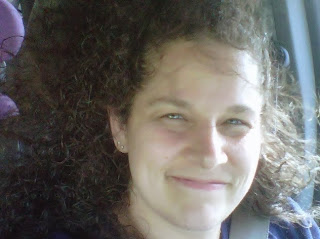 Born and raised in Northern Indiana, Krista now resides in Northern Lower Michigan.  She is married to a very supportive man who allows her to follow her true passion of writing and never complains when she is pirated away on her computer for hours.    Krista is also a mother of 4 ornery children who keep her plenty busy.  With an addition of 2 beautiful chocolate lab sisters and a playful kitty, there is never a dull or spare moment in her household.

Krista has always loved to read and would often sit up for hours into the night not able to put down a book until she was finished.  She still reads when she can but her main focus is creating her own stories to share with the world.

She loves to communicate with her readers so please feel free to drop her a line anytime at krista@kristaames.com or visit her at http://www.kristaames.com   or http://www.apassionforromance.blogspot.com.