The world of the supernatural is all around us... #NewRelease #MysticMagic #99cents #PNR @RomanceBoxedSet 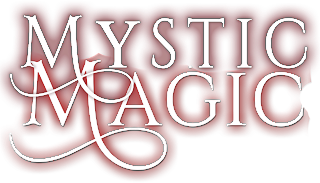 The world of the supernatural is all around us.
With every breath we take—each smooth inhale and exhale—magic moves through us.

Whether vampires, witchcraft, or voodoo, the ‘other’ can set the stage for love.

Includes these great stories:
Bossy Boots by Nicole Morgan
Take a Dive by Deelylah Morgan
Her Fate, His Mate by Krista Ames 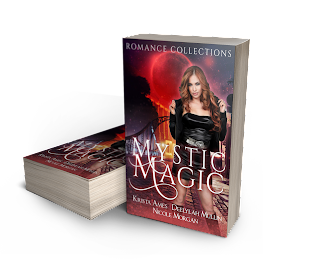 Alchemy, a process thought to have begun ages ago, is said
to invoke transformation and magic.

Practicing alchemy and creating magic is not an easy task.
And certainly not one that should be taken lightly.

For ages—maybe as far back as the dawn of time, there were a select few in
the human race who were chosen, randomly perhaps, to hold the power to practice
alchemy. Over the centuries their numbers have increased, creating a need for structure
within their kind, as well as a need for teaching the ways of this ancient gift.

Alchemy Academy fills that need. Providing a place for the young minds who
hold such powers. They may have been given the gift of manifesting magic of
all kinds, but it is up to the staff at the academy to show them how to
properly harness and fine-tune their skills.

Though they may teach the ways of good magic, there are sometimes a
select few who practice the dark arts.

The good are wonderful students. But the bad ones… they can be truly evil.

This set features these fantastic stories:


Accepted by Tigris Eden
A knock on the door changed a boring Friday night, into
an exciting adventure. Or so I thought.


Blood Sealed by Tina Glasneck
America has been colonized by Vampires, and it's time for a culling.
Only one person stands in their way--the Slayer!


The Summoning by Marilyn Harlow
This is the story of beginnings from the depths of despair. Of molding and
fine-tuning skills to benefit humanity. The beginnings of the Heritage Academy.


Academy for the Wicked: Introductions by Majanka Verstraete
Being wicked gets a whole new meaning when Devina is invited to the Academy for the Wicked, where the creatures from your worst nightmares roam the halls. Luckily for her, five hot guys have sworn to protect her...