I am participating (better late than never)  in the Veterans' Day Giveaway Hop hosted by RCJR eZine.

Its an extreme pleasure to say that I know one or two that have been and are very active in our Armed Services and I'd like to share a little about them. 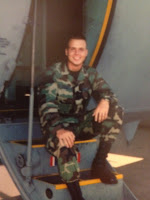 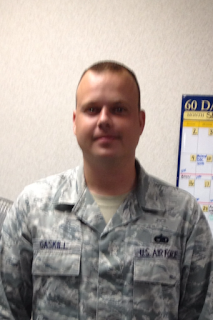 "I am a Dedicated Crew Chief.  I have my own C-130 assigned to me.  I maintain and do all required maintenance on that aircraft as well as 9 others valued at $700 million.  I also supervise 5 crew chiefs directly and about 10 others on a daily basis.  I train/qualify my unit on C-130 ground handling and various CUT certifications.  I monitor upgrade training and also insure data integrity accuracy in all acft forms and various computer programs used to store acft data." 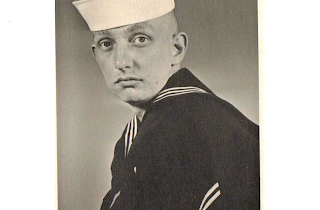 "My name is Harry Zink and I joined the U.S. Navy in February of 1962.  After boot camp at Great Lakes Naval Station I attended Radioman Communications School in Bainbridge Maryland.

When the Cuban crisis happened, I was pulled out of school early and was scheduled to go aboard ship.  The crisis ended very quickly so rather than go aboard ship, I spent a year in Washington D.C. working in communications.  After Washington I was sent to Adak Alaska, a part of the Aleutian Islands, for 1 year.

My job was to monitor any activity happening in the Bering Sea.  From Alaska I was assigned to Commander Amphibious Squadron Seven, aboard the troop transport ship USS Bayfield APA 33.  Whiel aboard this ship I made two trips to Vietnam, delivering troops and supplies to the war zone.  We had the honor of deploying the first Korean Rock Marines to enter the Vietnam War.

I was discharged from the Navy in December 1966 and am very proud that I had the opportunity to serve my country." 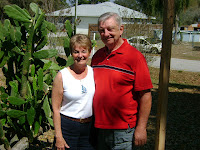 I am very proud to say that he is now happily married to my mom and living a great retirement in Florida .

God bless the men and women of the armed services !!


I'd like to give away a copy of my novella Second Chances to one lucky commenter that can tell me about their favorite military hero.  Don't forget to leave your email address so I can contact you if you win. 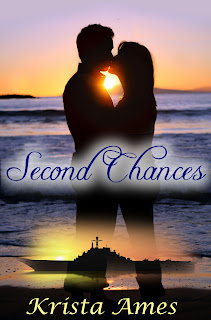 If you could get a Second Chance...
When the love of Dana's life leaves without a word, she is forced to move on with her life.  Despite loving him, she believes she will never see him again but, little does she know, she's being set up for a night that will change her life forever.
Nicholas, A Navy man, did the only thing he could to save the woman he loved.  Driven by a secret, he disappeared and now returns, years later, with hope for love.  With one opportunity, will he be able to make things right, or is it just too late?  Will she deny any desire for Second Chances?


Thanks for stopping by and happy hopping !!