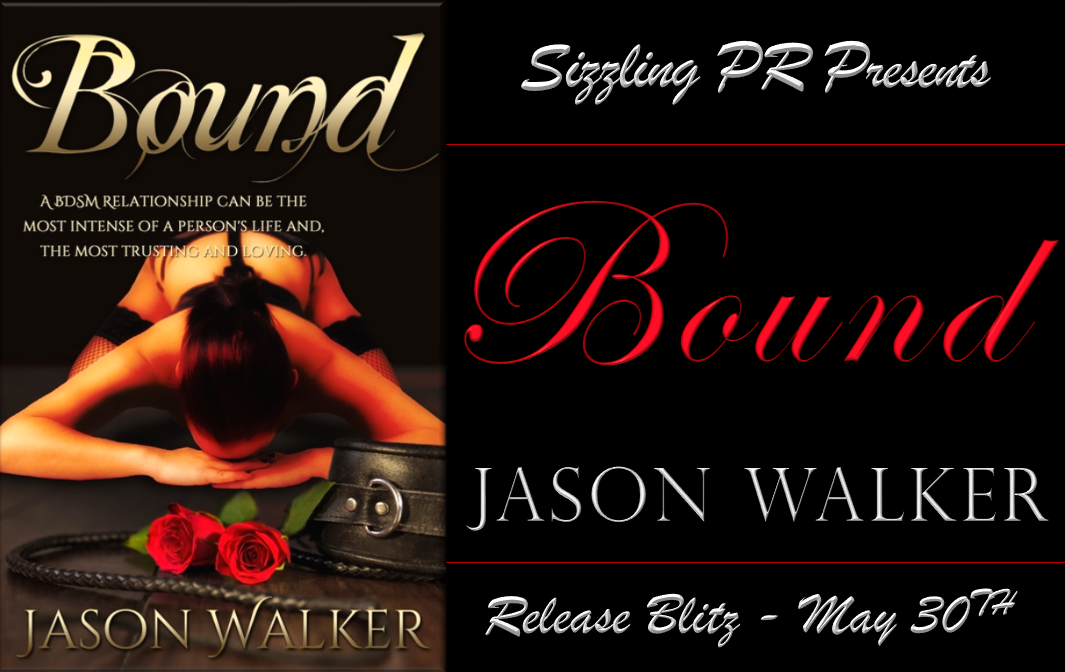 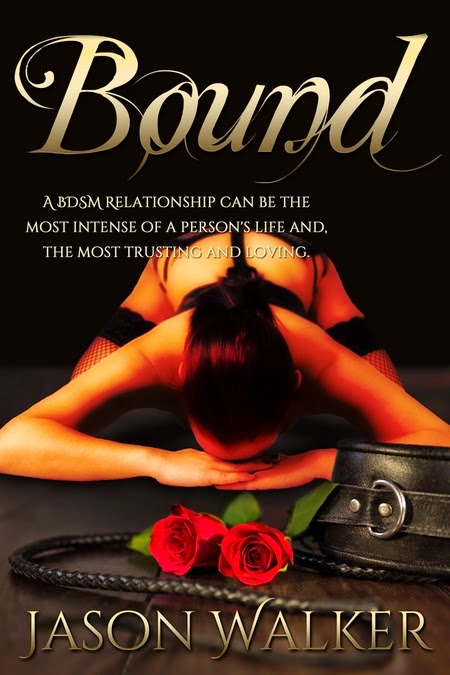 Bound by leather, and unable to move, twenty-three-year-old Haley instinctively knows that tonight she and her Dominant Jerrod are about to share something very special.
With her sexual anticipation mounting by the second, her mind travels back to the first time she met this incredible sexual being. To say that Jerrod has changed her life is an understatement, because this most beautiful and charismatic of men has made her truly come alive for the first time.
She loves Jerrod to the point of adoration, and even when she challenges the boundaries he sets for her, he disciplines her with a dominant kindness that often brings her close to tears.
Will Jerrod take their relationship to the next level? And if he does, is Haley willing to be guided by her beautiful Master?

It seemed that the harder she pulled against the restraints, the tighter they felt and the more she enjoyed it. Haley was truly bound, and her pleasure, her very existence, felt as if for him alone. Sitting prone in the center of the large room, she could only rely on her hearing and sense of smell to gain any hint of what was happening around her. The blindfold was the first piece in place and promised to be the last removed.

Before they began, Haley helped Jerrod remove his shoes. Now she searched the air with her ears for the sound of soft footfalls near or approaching. She had heard her man walk from the room after clicking the wrist restraints into place. Now the quiet was thunderous.

The blindfold had been first, but soon after that was the wide leather collar that kept Haley from bending her head too far forward. Jerrod had placed the bands next. The wide leather straps were wound around her chest and down to her waist. Separate, individual leather bindings were pulled into place on her legs, one around each thigh, and one around each ankle. She was unsure if they were connected as her Master had pushed her to her knees without allowing further movement. The process had taken close to an hour, a glorious, sensual hour for her.

What Haley considered odd was the fact that Jerrod had insisted that she was fully dressed before beginning. Her Master had carefully chosen her outfit, and an old white blouse, tattered jeans and undergarments now pressed against her skin by the restraints he had since applied to her. The cold steel of handcuffs clasped around her wrists and had clicked into place behind her back as the final act of preparation. But preparations for what? She had no idea but had agreed. She was nervous, even a little scared, but her arousal felt palpable.

She perceptibly flinched when Jerrod suddenly spoke. “My love, this night will be filled with pleasures and surprises. I have considered what I know of you, and a few things you may not have even realized about yourself. I plan to act on several of these things. Do you understand and wish to proceed?”

Lengthy discussions had preceded this night. There had even been a few test runs, and Haley found each one more exciting and satisfying than the last. Jerrod knew what his sub was willing to do, able to tolerate, wanted to try, and absolutely would not do. She trusted her Master, and knew with all her soul that he would not violate her wishes, while violating her. She wanted her boundaries pushed and in some cases broken, but she also did not want a few very specific things. Being specific was the paramount rule for him when they decided to enter into this special relationship. It had taken her a week to come up with her list of nevers, sometimes, and oftens. He laughed when he looked at the list she had made.


“The only thing on here that matter are the nevers. If it is a sometimes, or an often…well, those are the same thing.”

Beginning his writing career in the 1980s, Jason Walker has 10 Novels and multiple short stories in print, and has won awards and accolades for his work. Exploring the various aspects of sexuality, and the interactions between people, have been a subject of interest for his entire adult life.

Married over 20 years, Jason was widowed in 2008. In addition to writing, Jason was a professional broadcaster for many years, and now uses those skills for audio production with a professional studio in his home.

Being over a “certain age”, Jason has developed a thick skin and a new openness to feedback, both positive and “constructive”. He welcomes e-mails and other contacts about his writing, and virtually anything else.

Giveaway:  Luminosity Publishing is giving away one digital copy of the book, in whatever format the winner would prefer.